CHR is situated in one of the most remote and rural regions of Nepal. It is located in the centre of three districts (Rukum, Jajarkot, Salyan) in the mid-western region of Nepal. The aim of the hospital is to mainly provide quality and affordable medical services to the underprivileged and marginalized communities of people of Rukum and its surrounding districts.

Rukum was one of the centres from where the conflict flared up, CHR faced many challenges during the 10-year long insurgency.  CHR was initially operated by TEAM but with the rising tension between the government and locals, CHR was completely shut down and could no longer operate due to political unrest. HDCS was requested to manage and operate CHR, the situation was risky but HDCS saw the urgent need for CHR to reopen since it was the only hospital in that region. HDCS successfully reopened CHR and continued serving the people. Even with the end of the conflict, there were many other issues the hospital worked to fight against.

Being in a remote area with limited modern advances, the hospital struggles to change the mentality of people regarding health care. Lack of education has allowed locals to hold on to false beliefs and superstitions. For example, many people seek help from traditional healers for physical ailments and only come to the hospital as a last resort. CHR along with PHP is working to educate communities about health issues and to bring positive social changes.

In this way, CHR efficient services and many life changing procedures has established the hospital as a place where HDCS can give quality care for minimal costs. 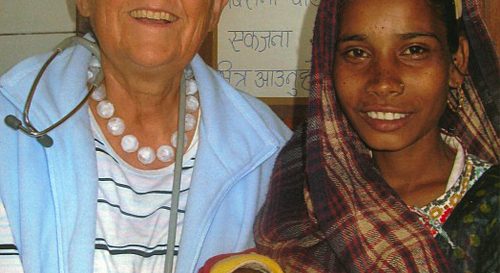