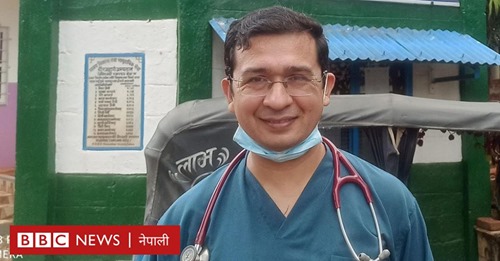 As the baby was in the womb, the hand of the baby came out first and there was no other option but to give birth to the baby by surgery.

But the hospital did not have anesthesiologists to carry on the surgery.

Considering the danger of death of both the mother and the child if the child was not delivered on time, he referred the pregnant woman to Nepalgunj without delay.

But at around one o’clock in the morning, the relatives came back to the hospital with the same pregnant woman who was sent to Nepalgunj.

Inspired to live in remote areas 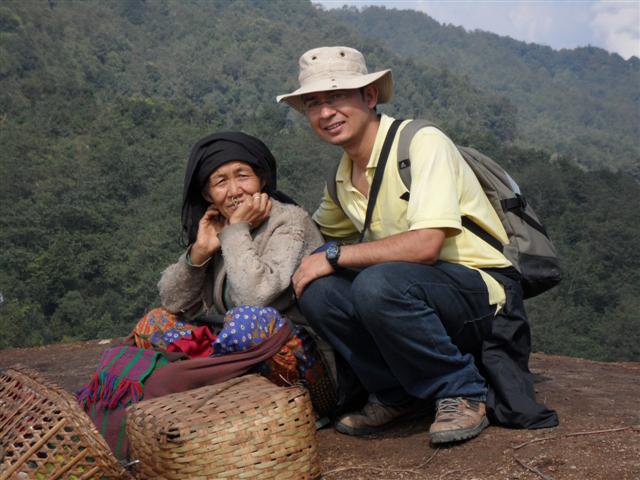 The baby had passed away by then and the mother was in a critical condition.

After a relative told him that he could not take her to Nepalgunj due to financial constraints, he saved the pregnant woman by performing surgery at his own risk.

This incident brought about a great change in my thinking, Dr. Budha explains.”That incident inspired me to give up my dream of working in a convenient place and live in a remote place and serve the poor,” he said.

After graduating from the National Institute of Medical Health, he came to Chaurjahari Hospital in West Rukum to start work.

He wanted to work there for some time and then go to an urban area.

It is found that doctors do not want to go to remote areas as much as possible and do not stay for long even if they go.

However, Budha, is one of the few doctors to provide services in remote areas though having to suffer from various afflictions, he has been working day and night in Chaurjahari Hospital for the past 10 years. 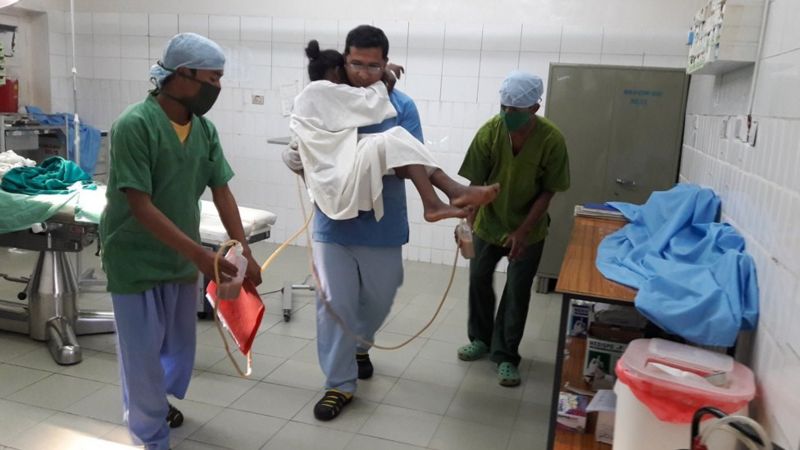 Although his ancestral home was in Kalikot, his parents, who were born and raised in Dadeldhura, worked at Dadeldhura Hospital.

He said that he was inspired to enter the health sector after seeing the health workers of the hospital serving the patients selflessly day and night.

Due to the geographical remoteness and economic deprivation, most of the patients from Jajarkot, West Rukum, Salyan, Dolpa, and other districts come to Chaurjahari for treatment rather than going to other places.

He says that he has managed to save the lives of many patients who could not go to the well-equipped hospital due to their remoteness.

Observing the happiness and misery of the poor, he says, “Serving the sick in the remote brings happiness.”

The patients lack money for transportation to the well-equipped city hospitals for the treatment of cord prolapse, hand prolapse, retained placenta, open fracture, and peritonitis.

Though he is a pediatrician, he performs surgeries and treats all kinds of patients, he mentions.

“I treat patients using my knowledge, skills, and experience,” he says.
“Seeing the joy of the families after saving the life of a patient is a unique experience”

To serve, not to make money

His elderly mother lives in Kathmandu. He lives in Chaurjahari with his wife and children.

His wife is working as an MDGP doctor in the hospital.

Even though he lives in a remote area, he gets only a little more facility than the doctors in the Urban.

“I have chosen a remote place to serve rather than to make money,” he says.

Treatment of all diseases

The remote hospital does not have reliable lighting facilities, nor does it have the necessary equipment and manpower.

Amongst the various difficulties, his team is handling the hospital that receives the highest number of patients in Karnali Province which is Chaurjahari Hospital.

The hospital now has one MDGP, Dr. Budha as the Medical Director, and four medical officers.

They look after all types of patients so that the treatment service is not affected by someone’s absence.

Succeeding in winning the trust

He says that there is no alternative to make the available manpower efficient as there is no specialist doctor in remote areas.

He says that the number of patients is increasing every year as they have won the trust by working with the spirit of service.

There is no blood bank at the hospital. When a patient needs blood, sometimes the health worker themselves give the blood.

The Medical Director, Dr. Kaleb, says that he has saved 10-12 patients by donating blood till date.

He says the people who believe in the superstition that the illness came from demons and deities go to traditional healers first and only visit the hospital in the last stage which makes it difficult for further treatment.

“Patients do not understand that germs cause disease. But they do understand the behavior and love of health workers.”

“So, health workers should try to understand the effect on the patient’s mind rather than only focusing on killing germs and repairing broken limbs,” he says.

When a pregnant woman has to undergo surgery, she still has to rely on her husband without making a decision on her own.

Due to which, the lives of some pregnant women are at risk due to untimely decision.

Dr. Budha has been rejoicing at Chaurjahari Hospital for the past 10 years. The residents of the area also seem happy.

They say that they are getting affordable treatment at home.

Out of them, Mahima Bista of Rukum West says, “Because of Dr. Kaleb, we are getting health care service at home. We will never forget this quality.”

She has been receiving regular treatment at Chaurjahari Hospital for her son who is suffering from heart disease. She says that the encouragement given by the doctor along with the treatment has made her forget all the pain and boost her morale.

Saraswati Lamichhane of Chaurjahari Municipality also says that she did not have to go anywhere else outside the valley for treatment as doctors were always available at Chaurjahari Hospital.

“We had to go outside the valley for the tiniest treatment before but now we have the facility and access to healthcare in our own community,” she says.

About 69 percent of patients have availed treatment through insurance services at Chaurjahari Hospital, also known as the hospital for the poor.

The dream of building a well-equipped hospital 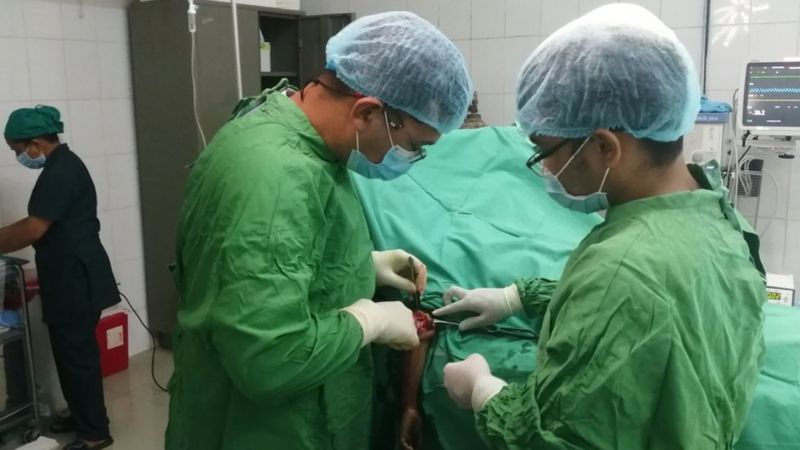 Dr. Budha’s dream is to make Chaurjahari Hospital a well-equipped hospital, a boon for the people of remote areas.

He plans to set up a blood bank, connect an oxygen plant, and add services with specialist doctors.

The 50-bedded Chaurjahari Hospital, led by Dr. Kaleb as the Medical Director has also won an international-level Golden Award.

The 50-bedded Chaurjahari Hospital has been providing easy access to health services to the people of remote areas, says the Province Health Director Dr. Rabin Khadka.

According to the Karnali State Health Services Directorate, Surkhet, there is a shortage of 65 percent health workers and 82 percent doctors in the province.