I grew up on my father’s farm in the north-eastern part of Germany amongst chickens, cows, pigs and horses. My father was away in the Second World War and my mother had to manage everything on her own. When I was 5 years old we had to leave our home, and we became refugees until we reached my uncle’s home in the western part of Germany. I grew up in Christian surroundings. When I was 9, I told my mother that I intended to become a medical doctor. Then on my 12th birthday, I got a book as a present with the title: “With Albert Schweitzer in Lambarene”. I read it enthusiastically and knew immediately: “I’ll do something similar in the future!” It took 55 years for this dream to come true! I studied medicine at two different universities in Germany and Switzerland. Later, I started my work as a medical doctor in a small hospital in Switzerland. After three years I got a diploma in anaesthetics and intensive care, I then went to Finland for one year and worked as a senior doctor in the department of anaesthetics and intensive care at the children hospital of the University of Helsinki. Then I worked for seven years as an anaesthetist in a leading position at a hospital in Filderstadt in Germany. At that time, I became seriously ill and suffered from polyarthritis. Colleagues suggested that I leave the air-conditioned cold operating theatre. So I decided to leave the hospital and opened my own surgery as a general practitioner in the country, in Filderstadt where I worked for 25 years. I spent my holidays in Switzerland mountaineering together with a Swiss friend who was a mountain guide and a ski instructor. I climbed the Matterhorn, all the peaks of Monte Rosa and many other wonderful peaks. The last mountain I climbed was the Kilimanjaro in Tanzania. It was a birthday present to myself on my 60th birthday. In between, my knee joints were severely destroyed by arthritis which led to two artificial knee joints. In all this, I never forgot my goal to work as a missionary. But during the time in the hospitals and my own surgery, it wasn’t possible to take a leave for some months. At 67 years of age, I handed over my own surgery to a younger colleague and passed a two-month course in Tropical Medicine and Public Health at the Institute for Medical Mission in Tübingen. Some years ago I did some trekking in Poon Hill in Nepal. I even stayed once as a volunteer for two weeks in the hospital of Dhulikhel. It took me some time to decide whether I wanted to work as a missionary in Africa or in Nepal. Then I dreamed that it would be Nepal. Through a friend I made contact with Dr. Olac Jirel who was the medical director of HDCS at that time. He advised me to visit the hospital in Chaurjahari which I did immediately. While I was climbing down the steps of the plane and saw the surroundings of the little airport, I immediately knew: “This is it!” After one week in Chaurjahari, I decided to come back in autumn for four months. I was sure that I’d found the right place to work as a missionary. For nine years now I’ve been working in “my” little hospital in Chaurjahari for 2-3 months each summer. It’s still a great pleasure today for me to work there, giving advice in medical as well as in practical things. I’m very happy and thankful that I’m still healthy and can do this work that I like so much. Even now I still enjoy it as I did on the first day! 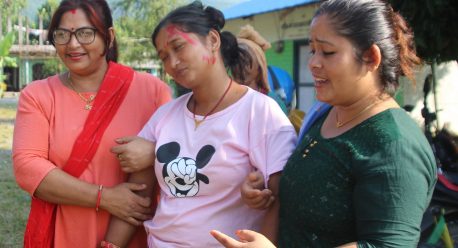 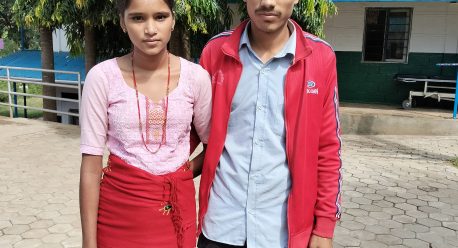 Blood Matters – In More Ways than One This is the story of an 18-year-old girl, Asha (pseudonym),... View more